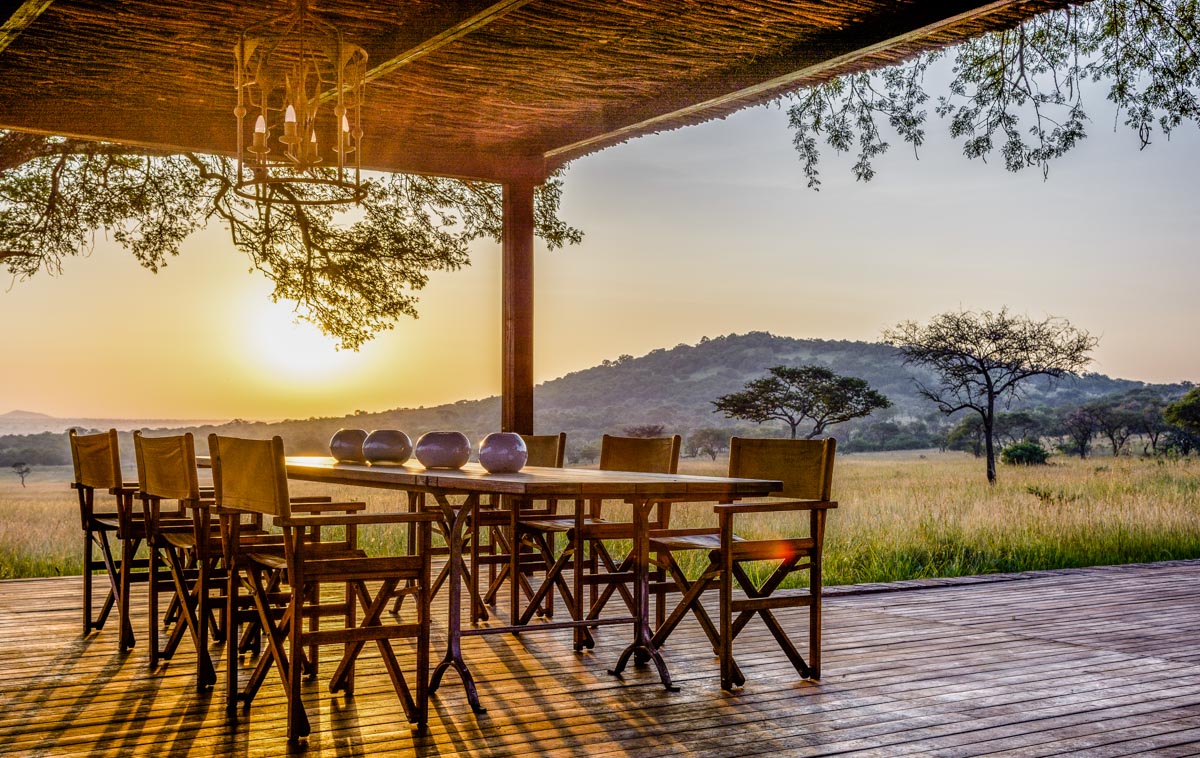 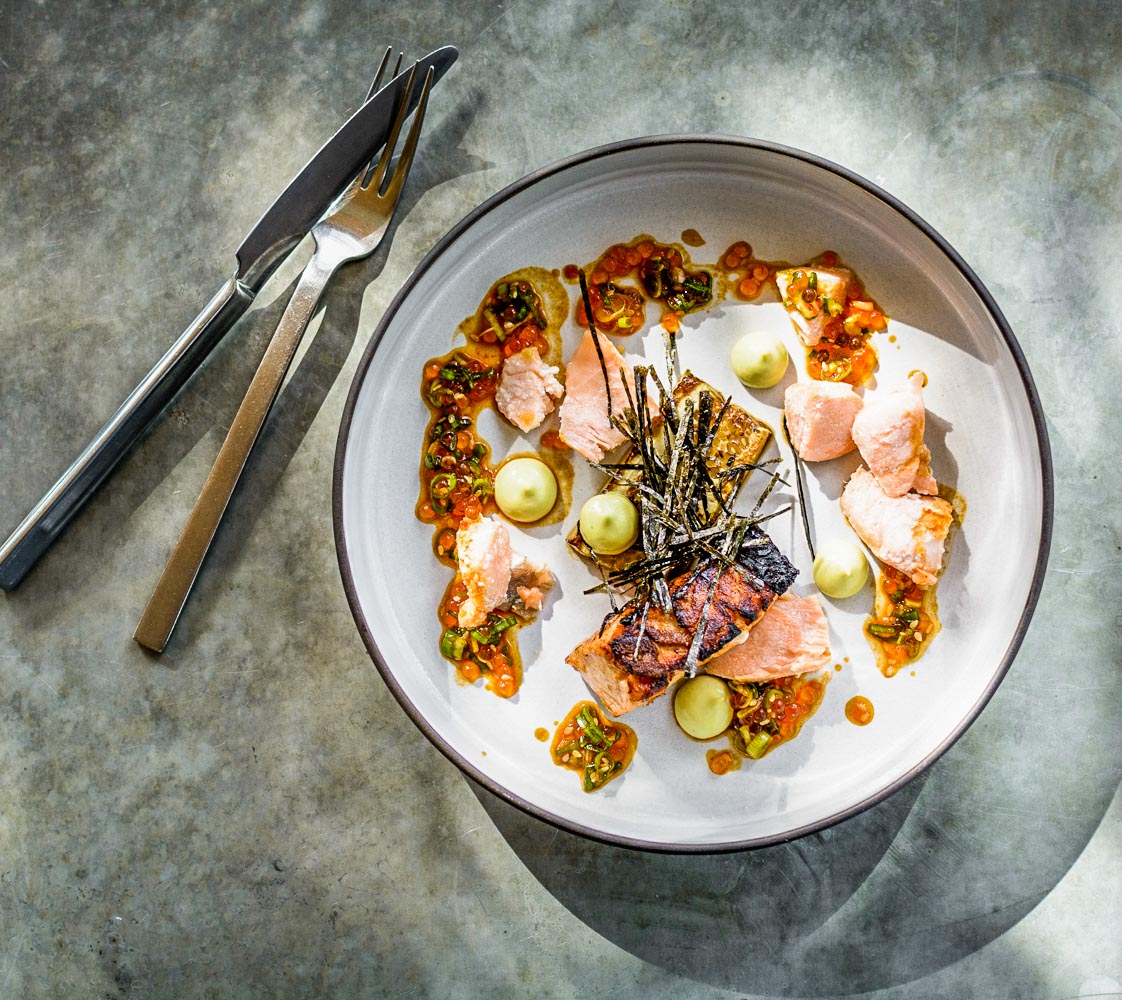 Designed for exclusive use, there’s a sense of relaxed freedom for families or friends to enjoy shared experiences in nature here.

New, casual, living spaces include an eat-in kitchen and media room, a full gym adjacent to the extended outdoor sala, and a brand new tented spa suite at the updated tennis pavilion.

Refined yet luxuriously comfortable, this modern-African home on the slopes of Sasakwa Hill offers uninterrupted views across the Serengeti.

Throughout the house, a calming neutral palette of sun-bleached blonde, beige and grey bring the grassy plains indoors.

Up to 8 guests can feel at home at Serengeti House, with 2 suites in the main house and 2 garden suites; and daily onsite staff and management.

LOCATION
Grumeti Game Reserve, Serengeti, Tanzania
Singita Grumeti, situated adjacent to the Serengeti National Park in Tanzania, is an integral part of the Serengeti-Mara Ecosystem, the home of the Great Migration.
CAPACITY
2 suites in the main house
2 garden suites
Up to 8 guests
LIVING
25m infinity swimming pool in front of the main house
Private tennis court and pavilion
Tented spa suite
New gym adjacent to the extended outdoor sala
Singita Boutique and Gallery at nearby Singita Sasakwa Lodge
Each suite has a television
DINING
All meals and beverages (excluding premium wines & French Champagne)
Menus and meals can be designed to meet guests’ individual palates and dietary requirements
CONCIERGE
Private guide, camp host, chef and camp staff
Limited laundry service, expect a 24 hour turn around
COMMUNICATION
Dependent upon area coverage, there is mobile phone signal.
There is complimentary internet (WiFi) access, however due to the remote location of the lodge, the wireless connection can be slow and intermittent
TRANSPORT
Return road transfers between the Sasakwa airstrip and the lodges included in your booking

KEY SPECIES YOU ARE LIKELY TO SEE

During your stay, you are likely to spot a great variety of wildlife, including cheetah, bearded wildebeest, Bat Eared fox, Maasai giraffe, lion, elephant, buffalo and leopard.

There is no real beginning or end to the wildebeest’s constant search for food and water. The only beginning is when calves are born – almost 400,000 wildebeest calves are born during a 6-week period usually between late January and mid-March. The migration path varies from year to year depending on weather and other environmental factors.

Generally over the year the animals move from the wet southern and eastern plains of the Serengeti from November to March through the western and central region to the dryer north of the Serengeti National Park, both north and south of the Mara River, from the end of May through October.

Grumeti, situated adjacent to the Serengeti National Park in Tanzania, is an integral part of the Serengeti-Mara Ecosystem, the home of the Great Migration. The reserve was created by the Tanzanian government in 1994 in order to protect the path of the annual wildebeest migration and the indigenous biodiversity of this vast and important ecosystem. The Serengeti plains teem with wildlife, including vast herds of plains game, a plethora of predators and the spectacle of the annual wildebeest migration.

East Africa is equatorial so the climate is fairly constant and it is a year-round destination. Tanzania has a light rain season from November to March. This period is known as the ‘short rains’, often no more than a quick downpour each day, followed by clear sunshine. From December to March the weather becomes increasingly warmer with the ‘long rains’ occurring between April and May.

* Please note that guests wishing to check in before 14h00 and/or check out after 11h00 are required to book an additional night at the day-use rate.

Rates vary according to seasonality. Contact us to discuss your holiday needs.

Singita’s enduring purpose is to conserve, preserve, and protect the miraculous places of which they are custodians. Singita’s concessions, reserves, and properties represent some of the most pristine wilderness areas on the continent and they are dedicated to maintaining these incredible pieces of earth for future generations.

Singita properties are the most exclusive lodges in all of South Africa. Celebrities from all over the world come to these properties–everyone from Elton John, Justin Timberlake and Jessica Biel, to Justin Bieber.

Africa changes you forever, and to go on safari is to experience the greatest outdoor adventure holiday of them all. To live for a while in the sun and the wind, looking for lions on the boundless savannahs or watching the spectacle of the wildebeest migration is all you need for the lure of the wild to take hold.

Discerning travellers yet to go on a safari holiday should know it is possible to do so without sacrificing an ounce of comfort, staying in luxury safari camps and lodges whose facilities are the equal of any world-class city hotel, and whose romantic locations are second to none.

Even though these properties offer modern conveniences, such as spa and gym facilities, the surrounding environment is what makes these accommodations so unique. You’ll be closer to the action — so close that at times you’ll have to be escorted through the bush to your suite.

Unlike most safari operators, Singita is unique in taking full responsibility for the conservation of the land it operates on, ensuring eco-tourism and eco-systems work hand-in-hand.

Each property hosts researchers – often PhD students – working on issues that will have a direct impact on the region’s conservation work. In Singita Sabi Sand that could be the reintroduction of reed-buck or trends in the extensive leopard population. At the Malilangwe Wildlife Reserve it may be the ongoing work to boost populations of the endangered roan antelope.

While managing and restoring the land is key, ensuring the lodges touch the earth lightly is equally important. At each property the footprint of the lodge is kept to a minimum, with everything from waste disposal to power generation constantly assessed for ways to reduce any adverse impact on the environment.

Planning a safari trip can be a daunting task.

ZEKKEI offers a wide range of luxury African safari options. We want to help you ensure that your experience is unforgettable. Choose from one of our luxury lodges at well-known rest camps. We specialize in lavish and indulgent getaways and provide once-in-a-lifetime fully guided safaris.

Booking with us is easy, hassle-free and safe, with best rates guaranteed, and we are with you every step along the way. If the camp of your choice is already booked, our team is happy to suggest equivalent alternatives and take care of the details. You can expect your vacation to be personalized to suit your tastes.

Private, insured, direct airport transfers to and from the camp can be arranged. Once on site, your resident staff will ensure the camp is kept clean and tidy. Your butler is available to cater to guests’ specific needs and can help organize activities.

NOT WHAT YOU ARE LOOKING FOR? TRY YOUR SEARCH AGAIN